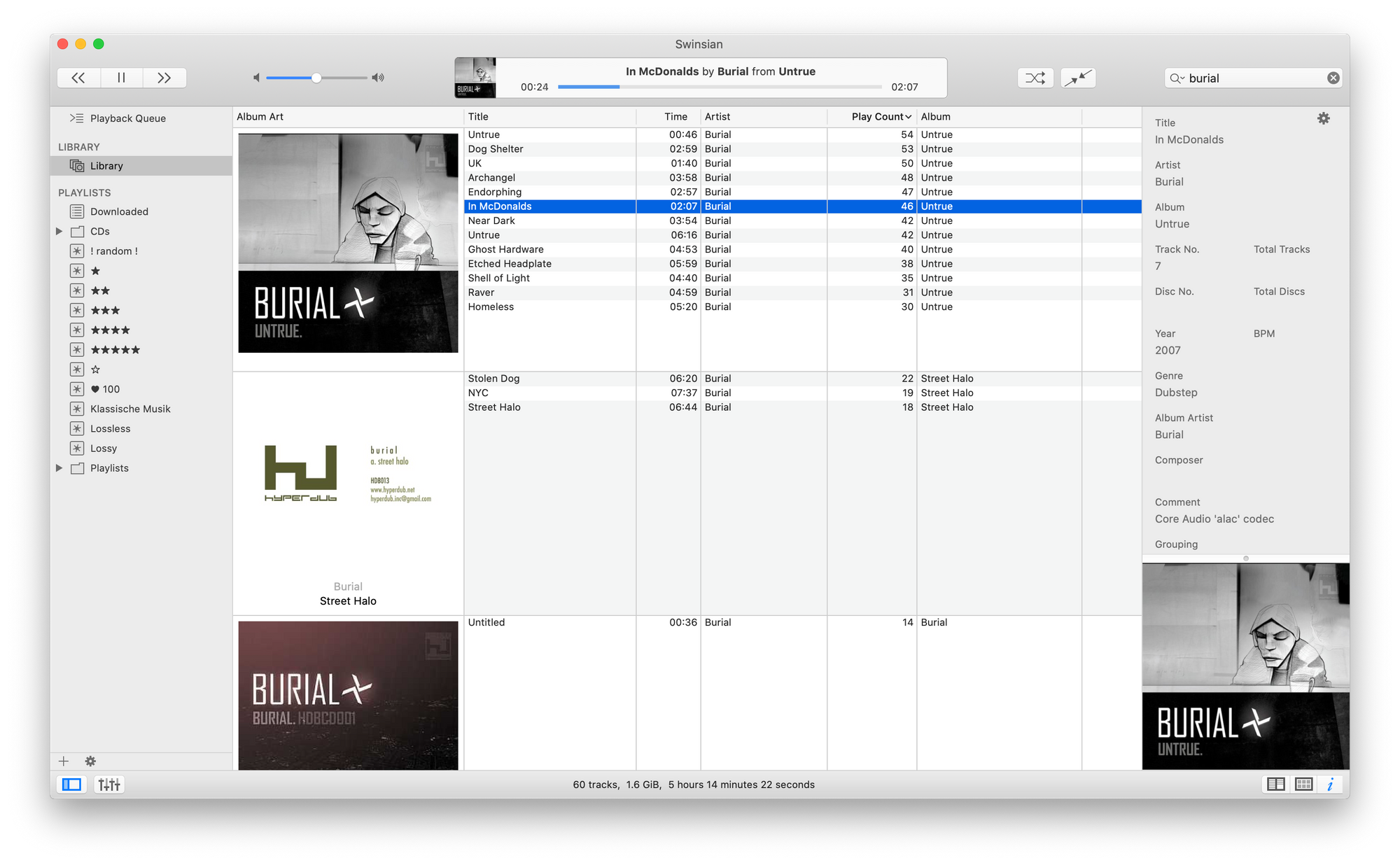 I didn’t exactly love iTunes during the last few iterations but even with Apple Music slowly creeping into the interface it was still the same old — powerful — iTunes under the hood.

I could still tag it with my own tools, tags were written to the files, the folder structure was organized nicely and all was well. After messing up my library once, by enabling Cloud Music Library, in the early days of Apple Music and ending up with duplicate Apple Music tracks injected in my own ripped albums I ran with a hybrid solution for now.

That hybrid solution was to have Apple Music enabled but without the Cloud Music Library. This meant I couldn’t download tracks for offline consumption and always felt a bit awkward as I actively had to jump through hoops to use both of them which obviously didn’t feel right.

Over the years I fed my library with ALAC files converted from FLAC files via XLD and meticulously maintained my library. Incoming files were tagged with Yate and Beets. Both of them are amazing tools in the music organizer’s tool box.

Until today, when I switched from macOS Mojave to Catalina and Music.app messing up my library. It wasn’t opening it any more and was asking for the “Library File”. After looking into the directory where said library was supposed to be I only saw years of different iTunes libraries, directories for Podcasts, Audio-books, iTunes libraries from 2011 and other cruft. I decided to clean up this mess and look for something new. On top of that my trusted last.fm scrobbler NepTunes stopped working.

Passively looking for iTunes alternatives for the past 10 years there was never anything that could convince me to switch. Most of them weren’t really promising or I disregarded them based on their landing page screenshots.

Over the years I downloaded and tried:

The only really promising one of these was Swinsian and I’m glad I did gave it another go. While it has some odd corners that don’t look like a proper Mac app it’s very fast and imported my 80MB iTunes library file with 900GB worth of tracks in a couple of minutes. Fetching the album art took a bit longer but that’s understandable. I was briefly worried that it’s not actively developed any more as the last Tweet on their account was from 2011 but then I saw the public changelog which was just updated a few days ago to support Apple’s new Music.app.

That playlist count is most likely a bug, but the import worked flawlessly and all my old playlists were there again.

It’s also very easy to customize everything, down to how the main window should be structured.

You can even enable an iTunes like grid view.

There’s a lot of garbage in there from not-properly tagged things in my old library or where the information wasn’t written into the files correctly it seems. Now that I have a good interface for that it’ll be easier to track these down.

I will now once again use a hybrid strategy with Apple Music via the Music App but without having a local library connected to that. Then I can use all the features that make Apple Music great from all devices without having to use a different setup on different devices.

For my “real” local library I’ll use Swinsian, based on my imported iTunes library. I don’t really need to sync my phone with iTunes as I’m just streaming there from Apple Music anyway.

Give it a try!